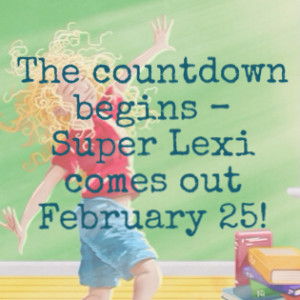 The countdown to the February 25 release of my early chapter book, Super Lexi is on!

Lexi’s got phobias of lots of things. Yogurt. Songs that get stuck in her head.  Cashiers that think they’re good with kids. But her biggest phobia on Planet Earth is eyeballs staring at her. That’s how come it’s too bad she has a solo in the school Parents’ Day Performance.

Join Lexi as she tries everything from crossing her eyes to “tornado twirls” in the hopes that she’ll turn invisible!

Updates on Emma's kids' books and work igniting the power all kids have to contribute to the greater good.

Get updates from Emma!