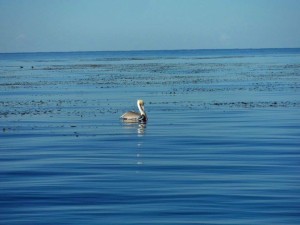 Yesterday, while admiring pelicans on the beach, the wonderfully talented young adult author and my beloved friend, Amy Mair, educated me on effects of DDT on San Diego’s pelicans in the 70s. As it turns out, DDT softened the eggs of these birds, and their mothers crushed them when trying to warm them, thus dramatically reducing their population. Miraculously, scientists heard what these precious birds were trying to communicate, and ultimately banned DDT. This resulted not only in a pelican population boon, but also in a safer, DDT-free environment for ourselves and all the life that may have been impacted.

I wondered – what if we could hear sensitive children with as much compassion and respect as we heard those sensitive birds?

Susan Cain, author of Quiet: The Power of Introverts in a World That Can’t Stop Talking, addresses this in her book, citing specific and fascinating points in history in which the sensitive perspectives of introverts (over 30% of our population) have been dismissed to our detriment, including the time leading up to recent housing market crash. A common gift of introversion is foresight, but it’s wasted if no one can hear it.

Profoundly intelligent and accomplished children’s author Jennifer O’Toole addresses the dismissal of her own sensitivities as a woman on the autism spectrum by stating:

Imagine, if instead of hearing the wisdom the pelicans had to offer in the 70s, we collectively said, “Those pelicans feel too much. They’re too needy. They need to toughen up.” What an opportunity we would have missed. So why do we allow society to send these messages to our sensitive children?

How much more peaceful and healing could life on this planet be if we stopped labeling human sensitivity as too much of anything, and started hearing its wisdom?

I believe in the deepest fiber of my being that every child has something of value to bring to our earth. However, I think we sometimes confuse what value truly is. One of the issues I see a lot in children’s literature is the trend of extremely sensitive characters, frequently stereotypically portrayed as autistic, serving the sole purpose of providing “inspiration” for main, neurotypical characters to become “better people.” While I’m certain these story arcs were created from a place of good intention, I believe they miss a major point – that the sensitive characters (and the impressionable little readers who relate to them) have much more to offer than that.

In her book, Susan Cain states that the most sensitive instruments in science are the most expensive. Think of the care that is taken to ensure those instruments are handled correctly and are not harmed. Think of how much value we attach to the information they deliver.

What were to happen if we treated our sensitive kids with the respect and gentleness that we treat our sensitive instruments? What if we heard their cries, and allowed them to watch school assemblies on Skype from their media centers instead of thrusting them into painful, chaotic environments? What if we turned down (or off) the music at the “child-friendly” venues and the school events that blatantly disregard their needs? What if we provided low-lit cozy spaces for the kids who cover their ears or walk the periphery of the playground so they could read or do a soothing activity during overstimulating recess?

What if we heard their wisdom?

Sensitive kids are necessary and as valuable to the collective as anyone else. Let’s honor them. Let’s hear them. And together, let’s help our planet heal.

4 thoughts on “The Importance of Sensitive Children”

Updates on Emma's kids' books and work igniting the power all kids have to contribute to the greater good.

Get updates from Emma!